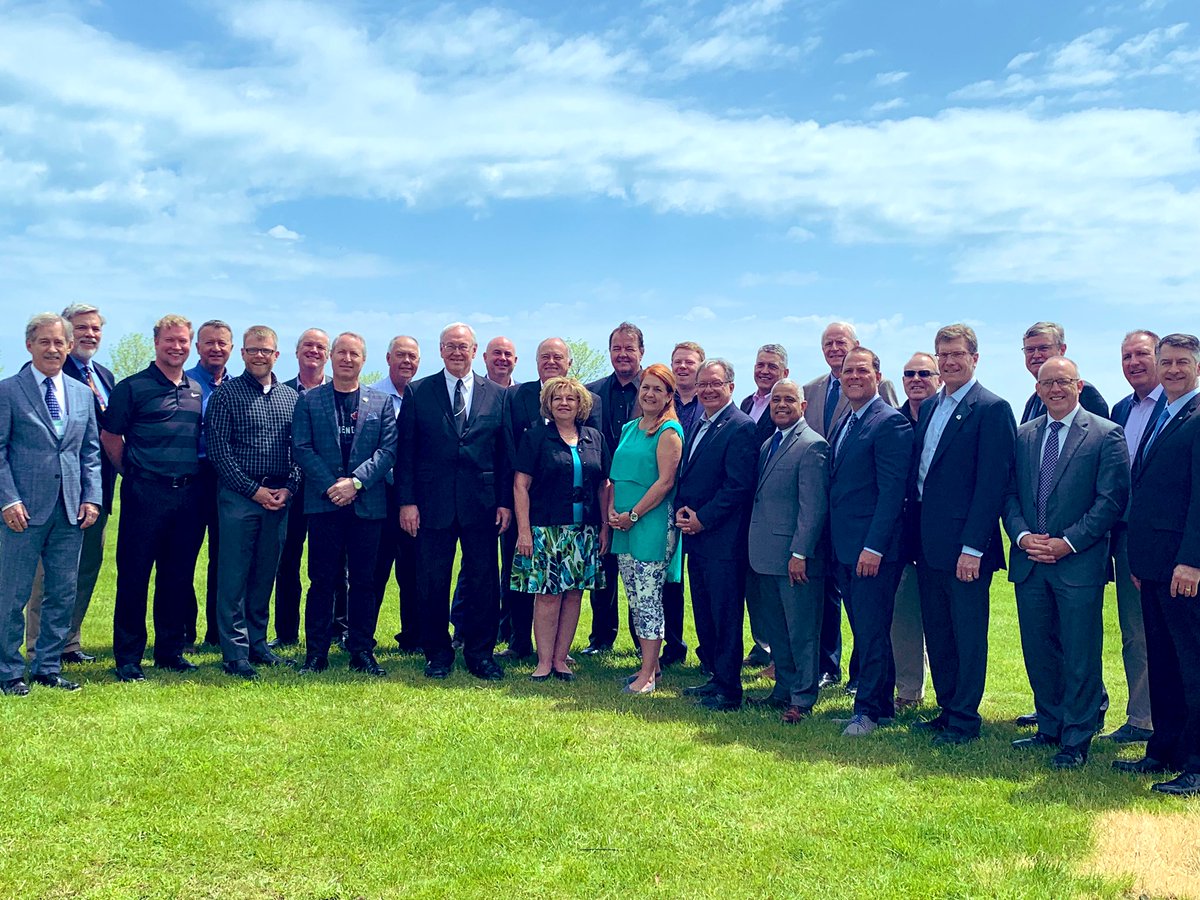 Mayor Stephen Hagerty on Thursday joined mayors from the U.S. and Canada in making an urgent call for action against Asian Carp at the 16th Annual Conference of the Great Lakes and St. Lawrence River Cities Initiative (GLSLCI), held in Sheboygan, Wisconsin. Mayors from the U.S. and Canada signed the "Mayors’ Declaration to Stop Asian Carp,” highlighting the need for the federal government to act quickly and decisively.

"Asian Carp are knocking on our door, and we must do everything in our power to prevent these invasive fish species from entering and harming the Great Lakes and St. Lawrence River," said Mayor Hagerty. "The threat posed by Asian Carp is real, and the potential for damage is great on both sides of the border. I'm proud to join mayors from the U.S. and Canada in calling for immediate action to protect our ecosystem, our economy, and our quality of life."

Originally introduced to clean up ponds in the southern U.S., Asian Carp have made their way to the edge of the Great Lakes, as flooding and spills allowed them to enter the Mississippi and other rivers. Eating up to 40 percent of their weight in a single day and reproducing at a frantic pace, they can quickly take control of an entire ecosystem.

"Since the first Asian Carp appeared, the Great Lakes and St. Lawrence Cities Initiative has taken this issue very seriously," said Michelle Morin-Doyle, Chair of the GLSLCI Board of Directors and Deputy Mayor of Quebec City. "Humankind has created this problem and now humankind needs to take action to rectify the situation."

A recent U.S. Army Corps of Engineers' report recommended implementing new Asian Carp prevention measures at the Brandon Road Dam, near Joliet, Illinois, a major choke point in the waterways leading to Lake Michigan. In signing the Mayors' Declaration to Stop Asian Carp, mayors from the U.S. and Canada supported the U.S. Army Corps of Engineers' report and called on the U.S. Congress to invest in the project.