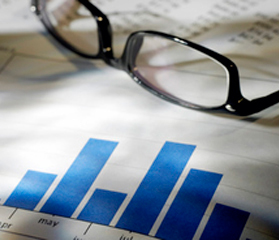 Evanston Interim City Manager Erika Storlie has released the proposed budget for the City of Evanston’s 2020 fiscal year, which runs from January 1, 2020 to December 31, 2020. In order to aid long-term planning, the City has also released a projected budget for the 2021 fiscal year, which will serve as a policy guide for the coming year and will be amended and formally adopted in the fall of 2020.

The proposed Fiscal Year 2020 Budget includes an additional $1.5 million in sales tax revenue due to the City Council’s adoption of a 0.25 percent increase in the home rule sales tax. Supporting the City’s commitment to its most vulnerable residents, the proposed budget includes a proposal to create a $3.3 million Human Services property tax levy, which would separate social services expenses from the City’s general fund to create a dedicated funding source for these needed services. This levy would be partially offset by a $2.55 million decrease to the City’s general fund tax levy. The proposed budget includes a total $4.6 million increase in the City’s share of Evanston property taxes to accommodate additional recommended spending on Police and Fire pensions, an increase in debt service expenses, and the last of three annual increases to the Solid Waste Fund.

After several years of staffing reductions, there are no employee layoffs in the proposed 2020 budget. The budget includes the addition of 4.5 full-time equivalent (FTE) staff for the new Robert Crown Community Center and Library, which will be supported by a $924,000 increase in recreation fee revenue, as well as the creation of three new FTE Human Services positions, as recommended through the City’s social services review. The budget also includes an increase of $1.8 million for general wage increases as determined by union contracts.

The proposed budget includes a 5.4 percent increase in the City’s Water Rate, which is completely offset by a 4.46 percent decrease in the City’s Sewer Rate. The changes will have no impact on Evanston residents’ bills, and will help support major capital improvement projects, including the construction of a connection for Lincolnwood water supply, water main replacements on Dodge Avenue and Howard Street, improvements to the downtown feeder line, and continued construction of a treated water storage tank.

“The Evanston economy is strong; however, property tax, debt levels and City infrastructure remain an ongoing concern,” said Interim City Manager Erika Storlie. “The City has many budget pressures, but also much opportunity. As we move forward, City staff will be focusing efforts on long-term financial planning with a goal of modeling financial stability over the next decade, providing the City Council with different options to balance the budget so that future budget processes can be more proactive than reactive.”

The 2020-21 Proposed Budget document can be found at cityofevanston.org/budget. Printed copies are available at the City Clerk’s Office in the Morton Civic Center, 2100 Ridge Ave., Evanston and the Evanston Public Library, 1703 Orrington Ave.

The annual budget is a policy document that sets the financial course for the City of Evanston and defines the service priorities provided to the community. It is the culmination of months of effort by the entire City staff, as well as residents, to balance available resources with the actual and desired services required by Evanston residents, businesses and visitors.

Residents can provide their input on the 2020 Proposed Budget through any of the following channels:

Feedback gathered from the City’s three Community Budget Roundtable Discussions was included in a memo to the City Council, and will be available on the City’s budget webpage.

For more information about the 2020-21 Proposed Budget, visit cityofevanston.org/budget or call/text 847-448-4311. For convenience, residents may simply dial 3-1-1 in Evanston.
Return to full list >>
View Full Site