It’s Black History Month! Each week in February, the City will highlight a Black Evanstonian who has made an impact in the local community. 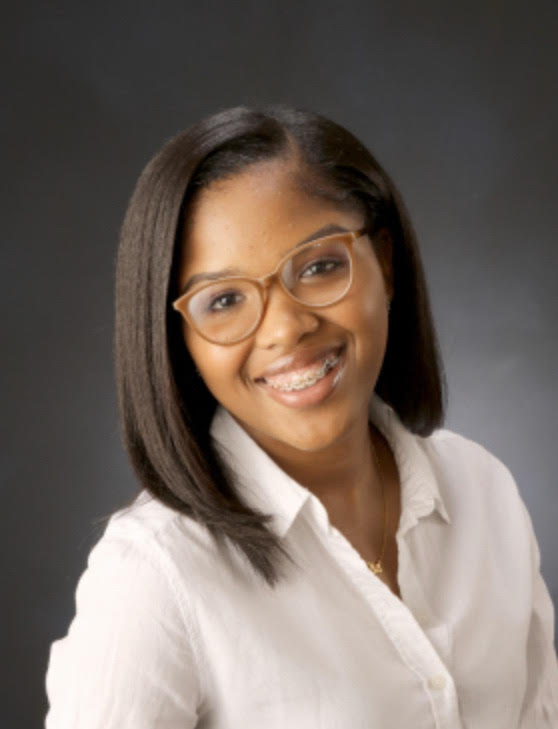 At a young age, ETHS senior Nia Dillard has already made a difference in the Evanston community through her many contributions to her school, her church and community organizations.

This past January, Nia served as the master of ceremonies alongside her father, Pastor Monte Dillard of First Church of God, at the City’s annual Dr. Martin Luther King, Jr. Day of Celebration at Fleetwood-Jourdain Community Center. She has also joined her father in serving the faith community as a leader of her church youth group.

As a theatre enthusiast, Nia helped found the FIRE Black and Brown Theatre Club at ETHS, giving students of color a safe place to express themselves through art. She currently serves as the Club’s Artistic Director. Additional contributions to her school community include tutoring and serving on the Student Council Board. Nia is a member of the Black Caucus Honor Roll, and was awarded the Dajae Coleman Scholarship during her freshman year.

Nia plans to attend college and major in Secondary Education and History, with the goal of becoming a high school teacher. Her inspiration comes from the few but mighty African American teachers she has had over the years who have made such a great impact on her life and academics. Nia hopes to become that inspiration and role model for the students in her future classrooms. 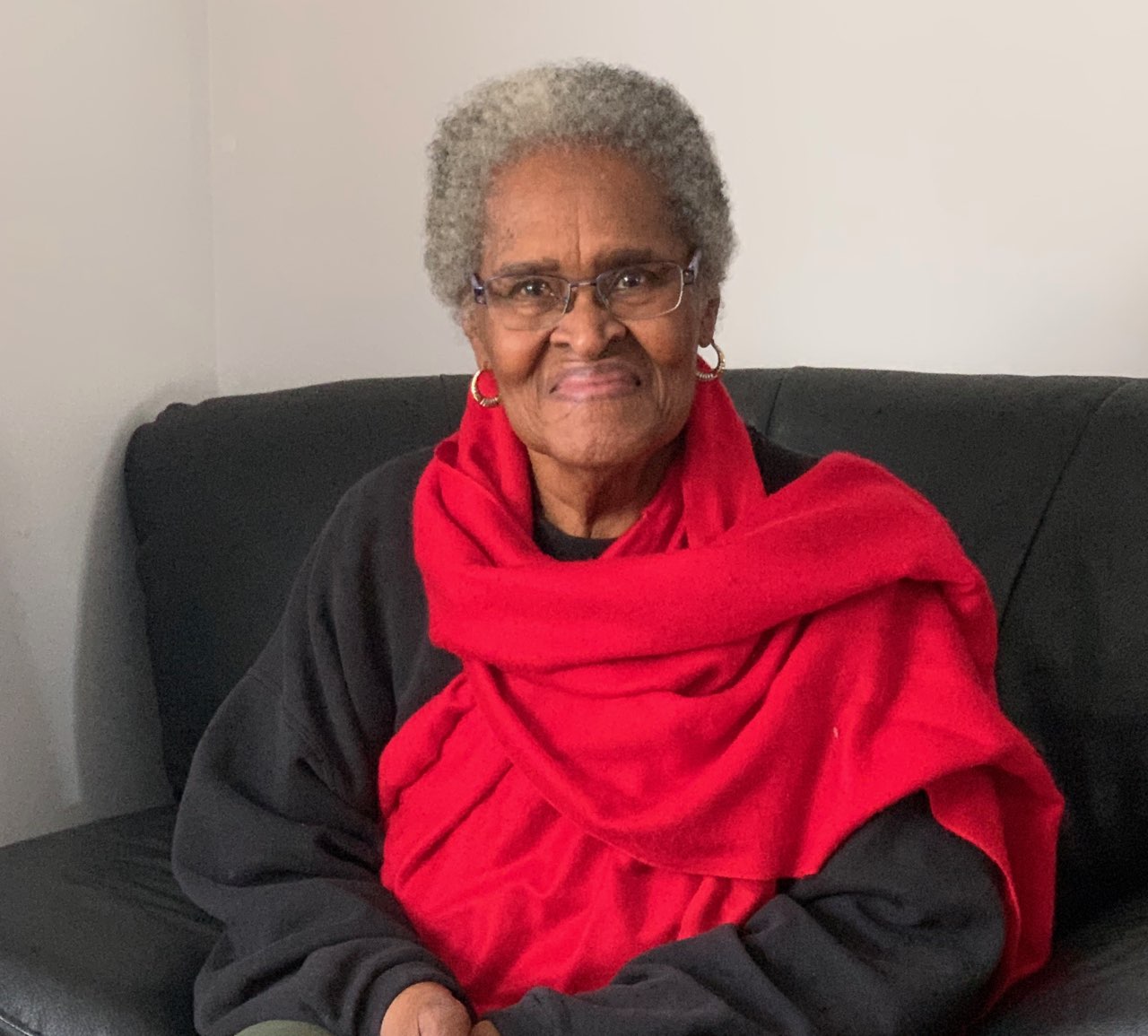 At the age of 82, Delores Holmes gives new meaning to the phrase “lifelong civil servant.” Raised in Evanston by parents who taught her the importance of civic engagement and helping others, she has done just that throughout her life.

Delores began her dedication to social services nearly 50 years ago as the family activities coordinator for the Community Economic Development Association (CEDA). Five years later, in 1976, she was named the first executive director of Family Focus, a role she devoted herself to for the next 27 years.

Delores retired in 2002 from her position at Family Focus, but that wasn’t the end of her contribution to the Evanston community. She began volunteering with the Evanston branch of the League of Women Voters, serving as their observer at City Council meetings. This experience, along with the encouragement of her neighbors, led her to run for 5th Ward alderman in 2005.

After serving three terms on City Council, Delores finally retired for good in 2017. During her time as alderman, she was a strong advocate for economic development in the 5th Ward, helping to create a TIF district and establish the Gibbs-Morrison Cultural Center, where the Delores A. Holmes Recording Studio is named in her honor. With a focus on youth outreach, she helped launch the City’s Youth and Young Adult Division and expand the Mayor’s Summer Youth Employment Program, which last year connected approximately 600 Evanston students with summer jobs.

Throughout her years of service, she has received a number of awards and recognition, including the Dr. Martin Luther King Excellence in Community Leadership Award from the Minority Economic Resource Corporation, the Frances P. Rohlen Award from the Chicago Foundation of Women, the Unsung Heroine Award from Women in Charge, and many more.

Delores is now enjoying her “bonus years” as she calls them, and is still involved in a variety of social activities, her favorite being the Foster Senior Club. 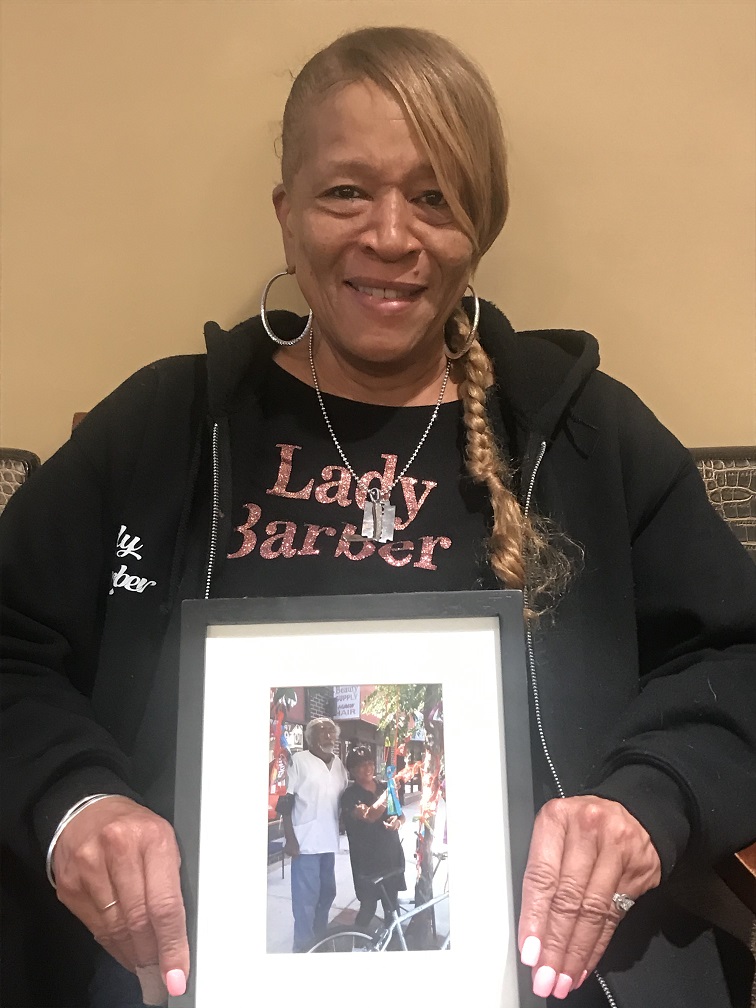 Gigi Giles was born and raised in Evanston and refers to it lovingly as “home sweet home.” As the owner of Ebony Barber Shop at 1702 Dodge Ave., Gigi is invested in the community through her business’ outreach efforts and her involvement in community organizations. She believes firmly that “what you put in is what you get out.”

Ebony Barber Shop was originally started by Gigi’s father, Marshall, over 55 years ago. After he passed away, Gigi continued to run the business and carry on her father’s legacy of providing great customer service, quality haircuts, and a strong sense of community.

Gigi gives back through her barbershop by hosting a free Back to School Haircut day annually for children in need. She also runs a coat drive in partnership with the Southeast Evanston Parents Association during the holidays, where customers can select a child’s description from her tree and purchase a coat for them completely anonymously. Not only this,  but Gigi often provides food to the hungry and homeless outside of her shop.

Beyond her contributions through the barbershop, Gigi is a member of the ladies organization, Little Black Dress Club, which hosts an annual Girls Day Out. This event brings multiple generations together to celebrate community and get to know one another. Gigi has also served as the President of the Central Evanston Business Association.