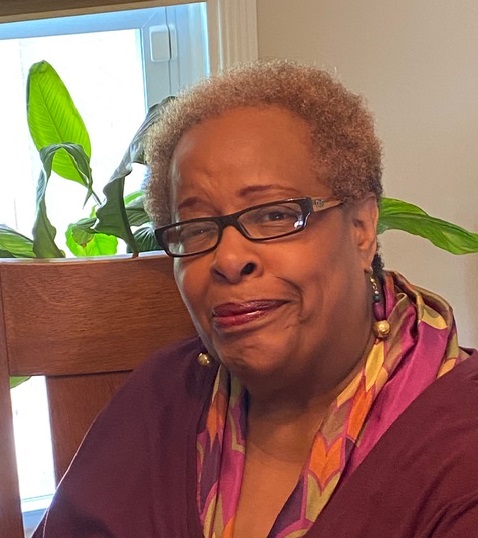 In honor of “Earth Week,” we’re highlighting resident Janet Alexander Davis, who has been involved in environmental sustainability efforts in Evanston for many years.

Alexander Davis is a lifelong Evanston resident and an advocate for social and environmental justice. She strongly believes in the power of people working together to create meaningful change.

In the 1960s and 70s, she was actively involved in social justice initiatives and attended numerous school board and City Council meetings in order to help create change and stand up for Black and Brown residents. Not only did Alexander Davis advocate for social justice at meetings, but she was a member of multiple boards and organizations, including Evanston United Neighbors, the Evanston Human Relations Commission, and the James B. Moran Center for Youth Advocacy. She was also the founding member of the Evanston Youth Initiative and the West Evanston Strategic Team.

It was through her social justice efforts that Alexander Davis first became involved in environmental issues. After learning that a Waste Transfer Station, which produced fumes, odors and garbage, existed just steps away from a predominantly Black community, she participated in the mobilization of community members to form Evanston United Neighbors. This group fought for the reduction of noise and odor pollution originating from the Waste Transfer Station and eventually evolved into Environmental Justice Evanston (EJE), an organization for which Alexander Davis has served as co-chair. EJE continues to work with the City to improve the environmental conditions surrounding the Waste Transfer Station.

Through her work with EJE, which is now under the umbrella of Citizens’ Greener Evanston, Alexander Davis has met other residents working in the environmental arena on issues such as climate change, natural habitat protection, clean energy and more. These relationships have helped fuel her passion for creating environmental change. Some of her accomplishments include helping stop the creation of a road through Isabella Woods and preventing the removal of two vibrant, established trees on Orrington Avenue.

“You never know where life will take you, as long as you get out there in the community and give what you’ve got,” said Alexander Davis.