Due to the COVID-19 pandemic, the City celebrate Pride Month (June) virtually this year. Residents are encouraged to view this page weekly for Pride activities and updated LGBTQIA resources.

This week, spend some time consuming movies, shows, plays, artwork or music by and/or about LGBTQIA+ folks. Many streaming services are promoting Black Lives Matter and Pride Month content right now. If you’re having trouble picking, here’s a few City staff have enjoyed:

The Death and Life of Marsha P. Johnson (Netflix, documentary)

The Half of It (Netflix, teen romantic comedy)

This website has biographies and analysis of work by Lesbian, Gay, Bisexual, and Transgender+ identified artists or works associated with LGBT+ topics.

A few favorite artists that we are listening to, available on YouTube and streaming services:

View a tutorial on how to use Hoopla and Libby, or call the Library Reference Desk at 847-448-4630 to speak with a librarian.

Residents are encouraged to create their own Pride flag to hang in their windows at home or to fly a flag outside in their yard. Pictures can be sent to communications@cityofevanston.org in order to be included in a photo gallery on the City's Facebook page.

Pride Month is celebrated each year in the month of June to honor the 1969 Stonewall Uprising in Manhattan, which is seen as a turning point in the fight for LGBTQIA rights. The Stonewall Inn in New York City, a bar and dance club, was known for being a welcoming, safe place for the LGBTQIA community in the ‘60s. On June 27, 1969, plain clothed police officers invaded the Stonewall Inn. Within a few hours, patrons were arrested on questionable charges and publicly forced into police cars. Although The Stonewall Inn had been subject to police raids many times before, on this night, the LGBTQIA community fought back. As a result, protests continued for several days, launching a new era of gay rights activism. On the first anniversary of this event, June 1970, the first Gay Pride March was held in Manhattan. Millions of marches, parades, and festivals have taken place since and the Pride movement has and continues to evolve. The original Stonewall Inn was recognized as a National Historic Landmark by President Barack Obama and is the first LGBT National Historic Landmark in history. June 2020 marks the 50th anniversary of annual LGBTQIA Pride traditions.

The original Pride flag was designed by artist Gilbert Baker, an openly gay man and drag queen, in 1978, as a symbol of pride and a way to proclaim visibility. It is noted that he was urged by Harvey Milk, one of the first openly gay elected officials in the U.S., to create a symbol of pride for the gay community. Baker adopted eight colors for the stripes, each with its own meaning (hot pink for sex, red for life, orange for healing, yellow for sunlight, green for nature, turquoise for art, indigo for harmony, and violet for spirit).

The first rainbow flag was flown on June 25, 1978 for the San Francisco Gay Freedom Day parade. Following the parade, there were requests to mass produce the flag. Due to production issues, the pink and turquoise colors were removed and indigo was replaced by basic blue. It was not until 1994 that the rainbow flag was truly established as a symbol of the LGBTQIA community.

The original flag has been redesigned in recent years. In 2017, the City of Philadelphia adopted a revised version of the flag adding black and brown stripes to draw attention to the specific trauma and continued exclusion of people of color within the LGBTQIA communities. Daniel Quasar then created a new flag including the colors of the trans flag, as well as black and brown stripes to further represent the queer and trans identities of Black and Brown people. The stripes also represent those living with HIV/AIDS, people who have passed from the virus and the overall stigma surrounding HIV/AIDS that remain to this day.

Additional information can be found here.

Show Your Pride and Support

The City invites all residents to create their own Pride flag this week to hang in their windows at home throughout the month of June. Residents can email pictures of their flags to communications@cityofevanston.org and they will be showcased in a photo gallery on the City’s Facebook page. 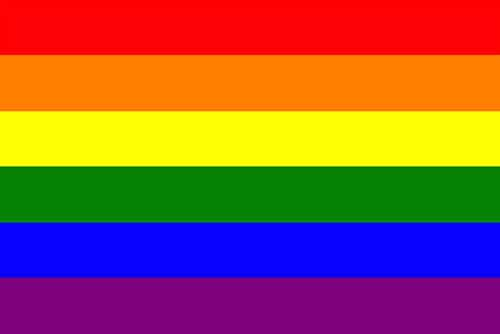 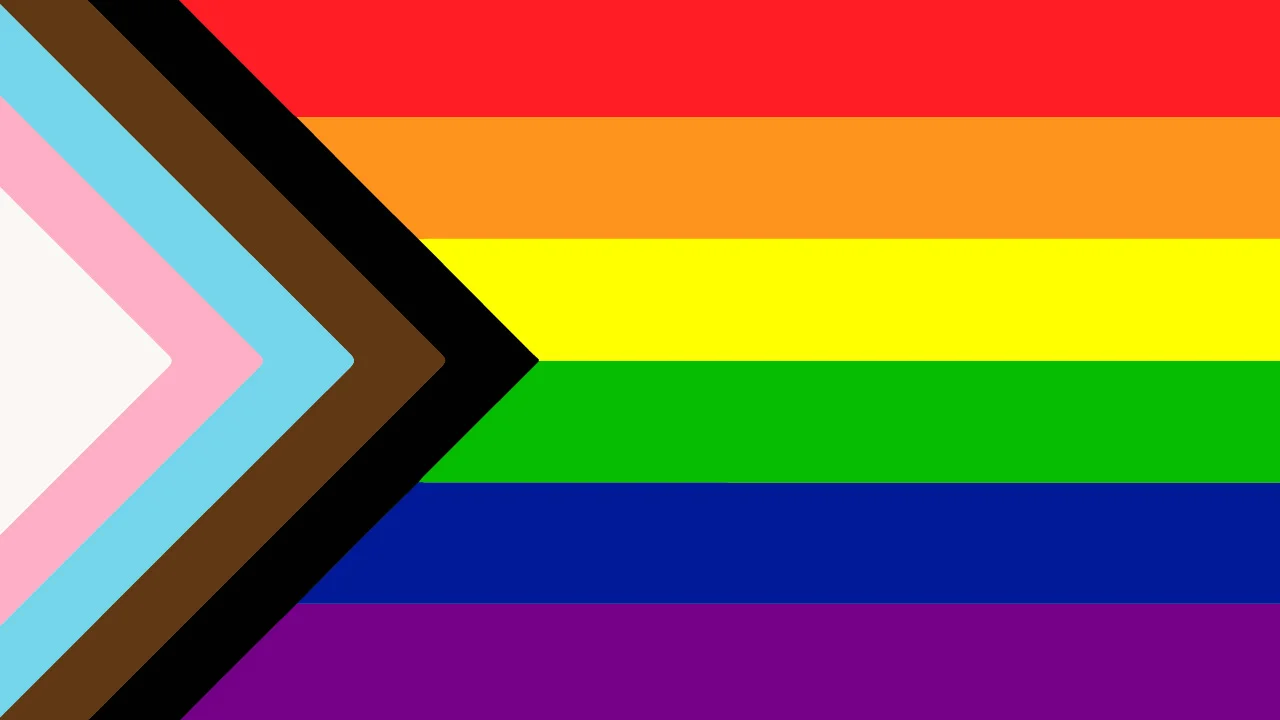 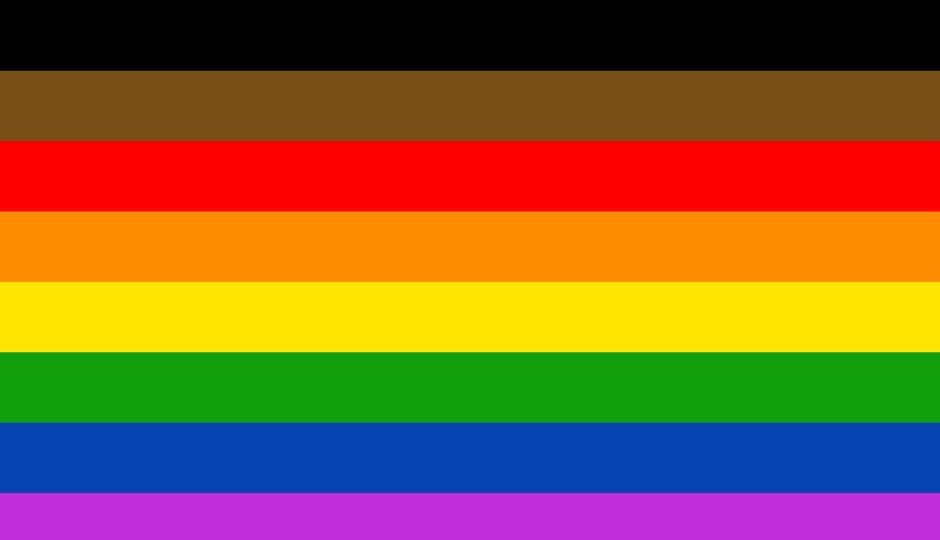