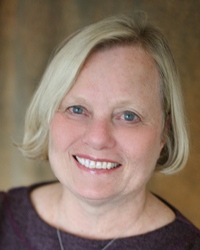 Judy has been an active participant in civic affairs for more than three decades. She has served the community in many capacities, including president of the Preservation League of Evanston, trustee of the Evanston Historical Society, founding board member of the Northeast Evanston Historic District Association, associate member of the Evanston Preservation Commission, co-editor of the City of Evanston's Preservation News, treasurer of the Frances Willard Historical Association, founding member of Friends of The Georgian, member of the Kendall College Task Force, and appointee to the Police Services Advisory Board. Judy has written on and spoken frequently to community groups, statewide organizations, developers and the Evanston City Council about zoning, land use and preservation issues that affect the city's residential neighborhoods.

From 1985 to 2005, she was a licensed Realtor in Chicago and the North Shore. From 2005 to 2015, she owned and operated Fit + Frisky! an independent pet supply business in Evanston that reflects a lifetime commitment to animal welfare, rescue and adoption efforts. Five generations of Judy's family have lived in Evanston and Wilmette. Like her mother and son, Judy attended Haven School.