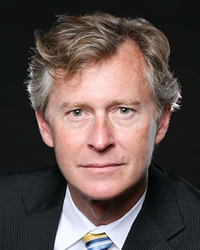 Donald Wilson was first elected in the Fourth Ward in April 2009.  Alderman Wilson is an attorney who has practiced in northern Illinois since 1991.

He previously served on the Zoning Board of Appeals and as a board member and a vice president for the Infant Welfare Society of Evanston and he remains active with the schools and other community activities. He received his Juris Doctorate from the University Kansas School of Law and his Bachelor's Degree in Psychology from the University of Illinois at Urbana-Champaign.