Evanston Police Department strives to incorporate as many crime fighting techniques to the department as possible. In 1990, the Department established it's first K-9 unit and since then has continued to utilize this valuable unit for the benefit of the community's safety. The team is called out to assist with tracking, building/area searches, evidence recovery, and narcotics detection.

The current K-9 unit is comprised of Police Officer Anthony Sosa, who started with Evanston Police September 15, 2005, and German Shepard Rony. Rony was born on October 25, 2010 in Slovakia where he went through a rigorous selection process and was then transferred and trained in Shallow Creek Kennels in Pennsylvania for many weeks before coming to Evanston.  Officer Sosa trained with Rony one on one for 6 weeks before being certified.  This unit was certified on on September 21, 2012 and officially began working for Evanston Police on September 24, 2012.

Rony is trained to understand commands in Czech but also picks up on voice tone and body language.  Officer Sosa had to learn words in Czech to properly work with Rony.  Rony lives with Officer Sosa and his family.  Additionally, only Officer Sosa bathes, feeds, walks and plays with Rony; the bond between the canine and the officer are extremely important to their effective working relationship.  When asked why he wanted to be a canine handler Officer Sosa responded, "I can get my gun used against me, I can get my baton used against me, my spray, but they can't use my dog against me."

In the short time Officer Sosa and Rony have been working together they have been responsible for many drug and unlawful property seizures.  "The K-9 program is a versatile and valuable tool for the Evanston Police Department. Officer Tony Sosa and his partner, Rony, make significant contributions to public safety in Evanston. Rony's playful disposition can be redirected to focusing on drug searches or other law enforcement tasks with a simple voice command from his handler. I look forward to many years of service from this dynamic duo," said Police Chief Richard Eddington. The department relies on them for their continued excellent police work. For more on Officer Sosa and Rony please watch this video:

Special thanks to Raimie and Dave from Follow Your Nose, 917 Chicago Ave, for donating all of Rony's food and to Dr. Mark Howes from Berglund Animal Hospital, 2515 Gross Point Road, for donating all medical care. 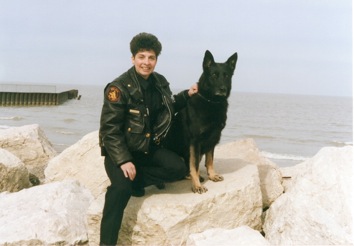 In 1990, the Department established its first K-9 unit consisting of a trained police dog, Nikko, and a police-officer handler, Susan Trigourea. Officer Trigourea was a dog lover her whole life and in 1990, after months of research, she was the first Evanston Police Officer selected to be part of the K-9 unit.  Many might not know that before Officer Trigourea was paired up with Nikko, she had been teamed with a police dog named Bronco.  Unfortunately, during the first week of his career,  Bronco fell through a hole in the floor during a building search at an Oriental rug store.  Bronco recovered physically, but would no longer do building searches. For this reason, Susan was matched up with Nikko, a 2.5 year old German Shepard from Hungary.

Officer Trigourea tells the story of their first training session together.   “Nikko was commanded by the trainer to heel, but instead, he ran to me and took a position at my side.  I knew then he was the right dog for me." Officer Trigourea considers her time in the K9 unit the most rewarding of her career. “When I think of him, I remember him as a strong, loyal and trustworthy partner with a strong work ethic and serious about his job.”  Nikko retired from the force in 1994 and went to live with Officer Trigourea.  He died of cancer in 1996.  Officer Trigourea started with Evanston Police in October. 1981 and retired as a Commander after almost 25 years of service in June 2006.

Due to lack of funds the K9 program remain dormant for almost 12 years. In 2006, however, a generous anonymous donor provided funds for a police dog and the necessary equipment to outfit a K9 squad car. 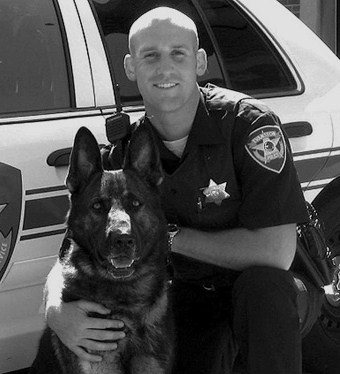 Officer Ted Schienbein started with the Evanston Police Department in September 2003. He applied and was selected for the position of K9 officer in 2006.  He received 5 weeks of training at a specialized kennel in Kansas that works with police dogs. Officer Schienbein was paired up with Jack, a German Shepard from the Czech Republic. Jack was a strong willed dog that worked with the department from August 2006 until the summer of 2011.  Officer Schienbein describes Jack as “stoic, resilient and loyal.” 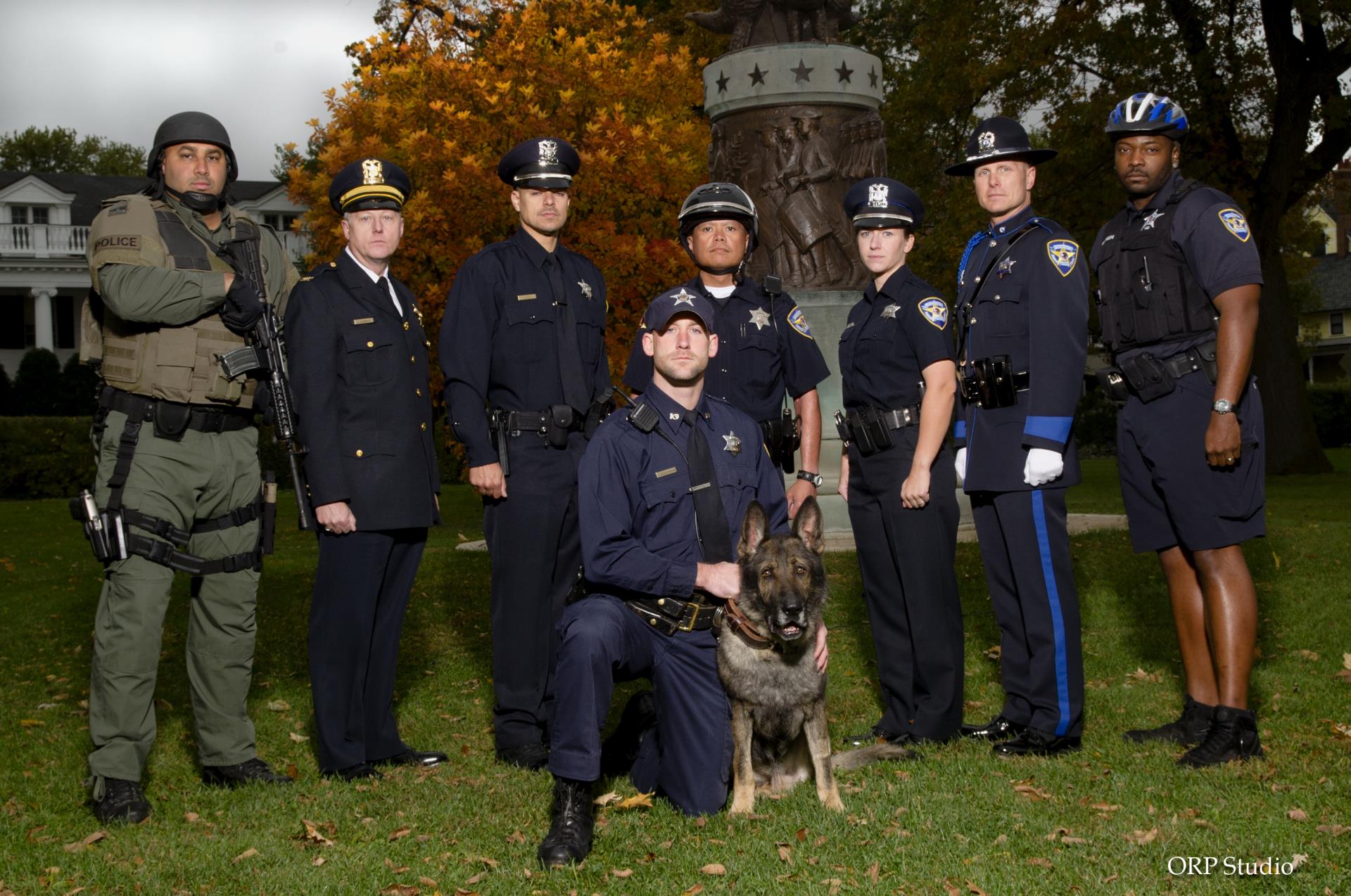 In 2011, Jack contracted a severe strep infection on his leg. The source of the infection was unknown but the veterinarian was able to localize the infection to his hind leg.  Jack was treated with antibiotics for 3 months and had to undergo reconstructive knee surgery.  Although Jack recovered, he was unable to continue his work with the Evanston Police Department.  Officer Schienbein adopted Jack and he enjoyed his retirement chasing squirrels and eating his favorite food--fried chicken liver.  Sadly, Jack died on February 5, 2014.